This Week on the PGA Tour: 2019 PGA Championship at Bethpage Black 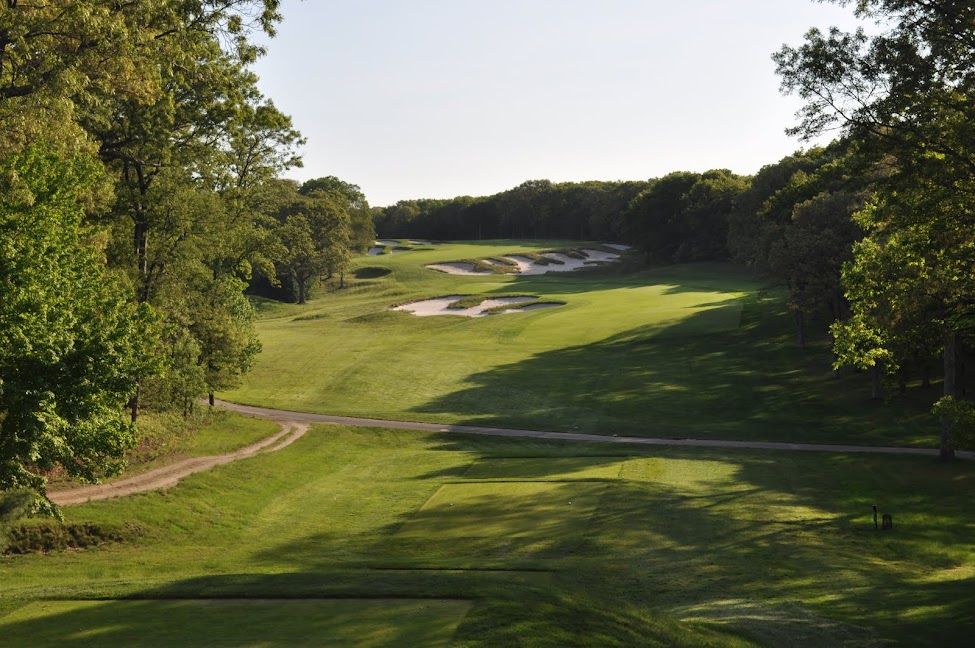 I had the opportunity to play the course back in 2011 and I was fortunate to get the true "Bethpage Experience", sleeping in my car in the parking lot the night before in order to secure an early morning tee time.

Check out the link below if you're interested in reading up on one of the more unique public golf experiences in the world:

Enjoy the tournament this weekend! 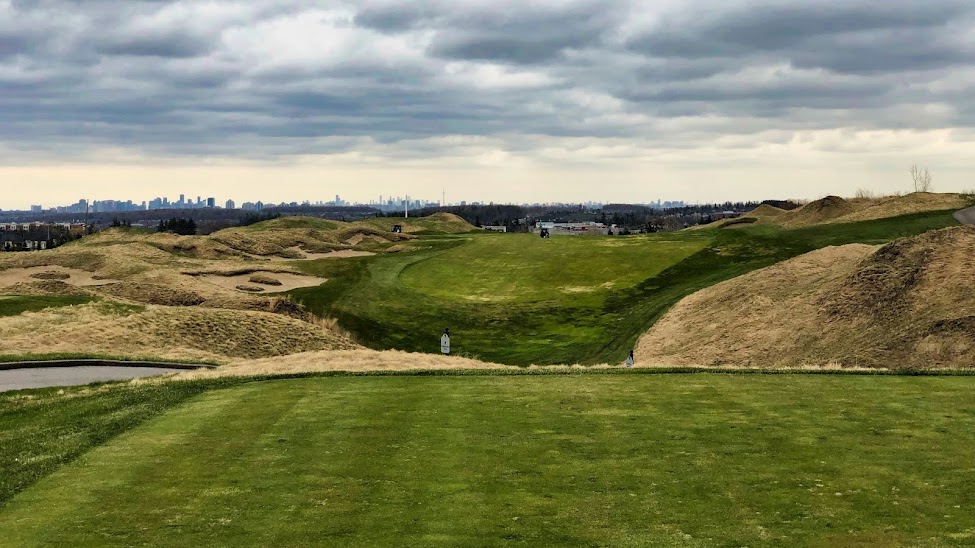 Toronto's skyline offers a picturesque backdrop on the par five 9th hole at Eagles Nest Golf Club
(Photo by Now on the Tee)
For the first time in seven years, I decided to test myself by playing in one of our provincial championship qualifiers.

My buddy Ryan and I battled 39 other teams in frigid conditions on Tuesday April 30th at Eagles Nest Golf Club in Maple, Ontario, just north of Toronto. It was one of eight qualifiers to determine entry into the 2019 Ontario Better Ball Championship, which takes place in mid-May at Oakdale Golf & Country Club.

Ryan and I last tried out for this event back in 2012 at Highland Country Club in London and fell a few strokes short that year. Based on previous qualifiers, we knew we'd likely need a score of par or better to move on to the actual championship so we had birdies on our mind as we teed off mid-morning at Eagles Nest.

Things started out decently, as I'd rip my first tee ball long down the middle of the first fairway and we were off. Ryan and I both made pars on the mid-length par five first hole but we'd be in tough on the long, uphill par four second. I actually hit a gorgeous five-iron past pin high to about 20 feet but my first putt would tumble down the hill, past the hole and end up an agonizing ten feet away. I'd suck it up and knock that uphill putt into the middle of the cup for the satisfying par save after Ryan missed his own par putt earlier.

Unfortunately, we'd both bogey the third hole, with Ryan not able to get up and in from over the green while I wasn't able to do the same from the front right bunker. After a good two putt par on the 4th from yours truly, we both missed short par putts on the par three 5th, with Ryan's miss from only about three feet.

Ryan would start to take over on the par four 7th, a tough dogleg right par four. He'd hit a great approach to about 15 feet and with me sitting 10 feet away for par, he'd calmly knock it in for our first birdie of the day.

The picturesque par three 8th was next and after Ryan hit it into a greenside trap, I'd hit pitching wedge to about 12 feet. Ryan almost holed his bunker shot and easily tapped in for par, giving me a good birdie run but I'd hit it through the break and we'd have to settle for a par. Then, on the par five 9th, both Ryan and I had birdie putts from about 15 feet - I'd miss but Ryan would make again, pulling us back to even par on the day and giving us a fighting chance to qualify, especially seeing our playing partners struggle to a 43 (!!) on their best ball.

Unfortunately, we'd start to fall apart from here, with us both bogeying the 10th and 11th holes to drop right back to +2. This was especially egregious for me, as I had only a wedge into the par four 10th and couldn't take advantage of it.

Ryan would keep us in it on the back side, as I lost my rhythm with the driver and was getting into constant trouble. I'd double bogey the 16th and 18th holes, hitting into three water hazards in the process and we'd stumble to a 40 on the back nine and a final total of 76 (+4), good for T22nd out of 40 teams. Only seven spots were up for grabs and as expected, we would have needed a 71 just to squeak in, so we have plenty of work to do if we want to try again next year. I finished 38-44-82 on my own ball, as I struggled quite a bit on the last few holes.

Overall, it was a great experience to get back into that level of competition and Eagles Nest was a fine host, with the golf course in really good shape all things considered. I hope to do more of that this year - I'm joining the men's league at Lookout Point CC and plan on competing in their men's invitational event in early June, known as "The Brooke", one of the longest running invitationals in the province. I've been playing decently to start the season, especially considering the incredibly cold and wet spring, notching a couple of 76's and winning a few bucks in my side games with friends along the way.

If this weather ever makes a turn for the better, I'm expecting good things to come from my game.


Posted by Matt at 2:31 pm No comments: Links to this post